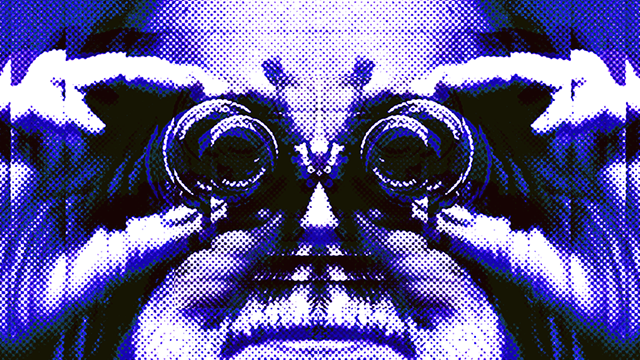 (Above image: detail of poster designed by Adam Maida)

Introductions and Q&A by Jurij Meden, Curator of Film Exhibitions at the George Eastman House

Karpo Godina, arguably the most internationally acclaimed Slovenian filmmaker and cinematographer, launched his career in the mid-sixties with a quick succession of independently produced 8mm experimental shorts, predominantly designed to question everything he was being taught at the state film academy. DIVJAD, PES and ANNO PASSATO, which comprise only a small part of this succession, are primarily exercises in motion: constant motion of the gaze, constant motion in front of the gaze, motion in all known and unknown directions, all linked together through seemingly random editing and mere hints of lustful stories. In retrospect it seems as if Godina had to go through this somewhat naive, romantic, frantic phase in order to quickly arrive at what he became famous for: extracting as much (political) action and dynamics as possible from meticulously framed, perfectly still images (see GRATINIRANI MOZAK PUPILIJE FERKEVERK). Emerging a decade after the hairy hippie Godina, the post-punk Davorin Marc remains very much a subject for further research. Notoriously reclusive and with over 150 Super-8mm and 16mm films under his belt, he modestly describes his work as “small films,” period, pushing the notion of understatement to a radical, bleeding new extreme. -Jurij Meden

All films preserved/restored by the Slovenian Cinematheque, Ljubljana and are shown on film.