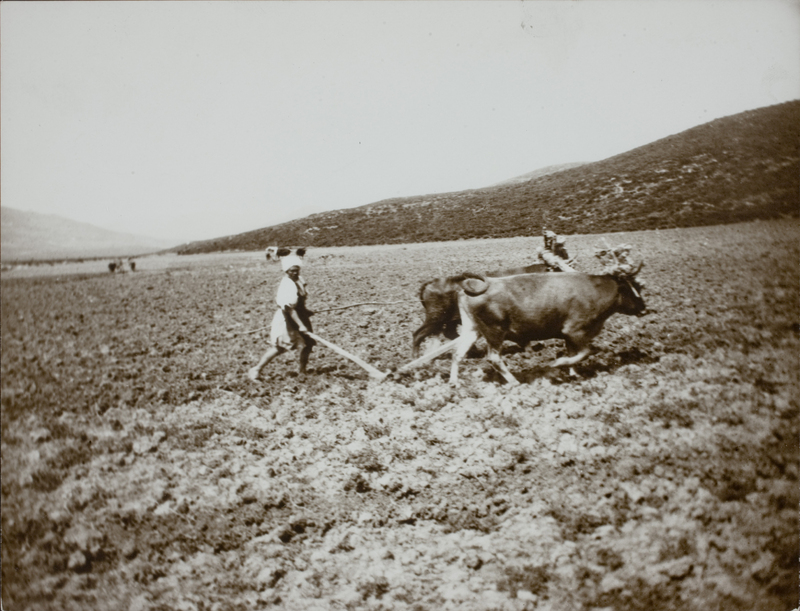 Emily Sibley Watson was an experienced traveler, having made her first trip to Europe at the age of 10.  Descriptions of her trips to Morocco and Egypt, which would have been her first sustained encounters with non-Western cultures, abound with phrases emphasizing the unfamiliarity of the people, customs and landscapes she experienced as a first-time visitor:  “picturesque,” “mysterious,” “romantic,” “foreign,” “mediaeval,” “fascinating,” “strange,” “unusual” and “enchanting” are frequently encountered terms. She also uses the terms "Orient" and "Oriental" frequently, words which have fallen out of favor in current usage because of what is now deemed to be their historical pejorative use. At the time that Emily Sibley Watson was writing, the Orient was a broad descriptive term corresponding to what we currently think of as the Middle and/or Near East and their cultures.

Emily Sibley Watson’s preconceived notions of what was commonly called “The Orient” are reflected in her descriptions.  In the beginning of the Camping in Morocco script, she implies that the East was less civilized and more romantic than the West.  She categorized some of what she saw as primitive by referring to historical time periods: “peasants were ploughing with oxen harnessed to wooden ploughs as in Bible times;” the keeper of the Tetouan city gates used a long key which is described as “mediaeval.”  Other experiences are categorized by referencing literary and pictorial metaphors: “a funny little village of round thatched huts, looking exactly like the pictures in African exploration books;” the city of Tetouan was “like a dream, too wonderful to be true,” while the streets of the city were “like living in an Arabian nights tale,” that could better be described through Kodak images than through words.

The Watsons and Perkins give each other nicknames deriving from popular western notions of Oriental life: “Jimmie is called the ‘Pasha’ as he is given to wearing a fine gold embroidered cap, Mary is called the ‘Lady’ & from that Breck has been given the name of the ‘Tiger’ on account of Stockton's story ‘The Lady or the Tiger’ & not on account of his disposition for he is amiability itself. J.G. is ‘The Pasha's Son’ & sometimes ‘The Sportsman’ as he has shot more birds than either of the others, & I am the ‘Princess’ as I have been so cared for & looked after by every one on board & lie about in such an Oriental lazy manner.”

Several times Emily Sibley Watson’s preconceived notions collide with the reality of her experience, with her often finding the reality lacking.  When visiting a Jewish home in Tetouan, “it was disappointing to find the women not wearing their picturesque national costume but badly fitting European gowns of barbaric colors and trimmed with tinsel embroidery.  Some of them, however, wore brightly colored silk handkerchiefs on their heads, fastened with jewels, which seemed to fit in better with the surroundings.”  She was amused to find gilded French chairs and European kitchen clocks inside a harem, “which looked much out of place in their Eastern surroundings.” In Assiout the Watsons visited the home of a young Copt.  Emily grumbles that “it is a large and fine house for the place but we were disappointed in the interior which was not in the least Oriental but furnished in very cheap and tawdry European fashion.  I am afraid that Christianity and bad taste go together in this country.”