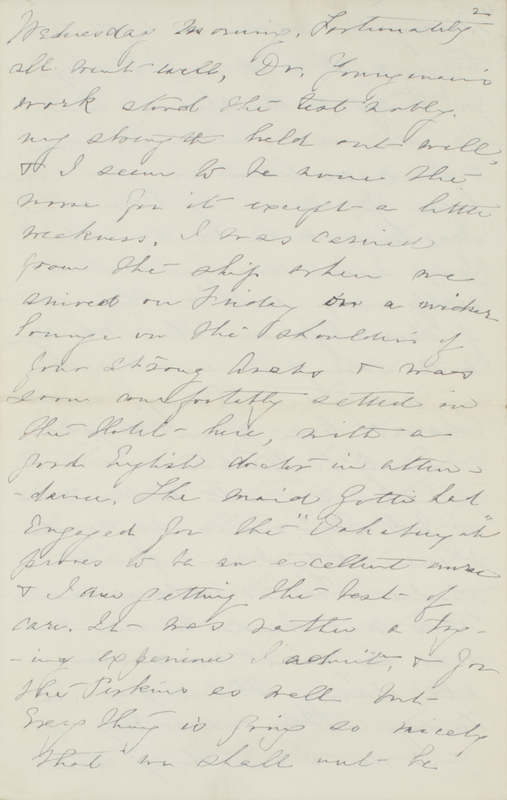 Later in the 12/21/1892 letter to her mother, Emily Sibley Watson wrote: "I am awfully disappointed naturally, although when I was told that it was a boy it did not seem quite as sad as though it had been a girl, & I cannot imagine what could have caused it unless there was still some weakness from the shock I received last summer."

Emily Sibley Watson is referring to the death of her daughter, Elizabeth Louise Averell, in 1886, when she reflects that it would have been sadder had the baby been born female.  The "shock I received last summer" may have been a reference to the false, widely distributed report of her brother Hiram Watson Sibley's death in a yachting accident on the Great Lakes.

These passages raise questions about views of women's health in the late 19th-century generally, and about Emily Sibley Watson's experience in particular. How daring was Emily Sibley Watson to travel to Egypt during her pregnancy?  How far along was she?  Could the gender of the baby have been accurately determined at whatever stage of pregnancy the miscarriage took place? Why would a surprise four months earlier have been believed to cause a weakness that could affect pregnancy?