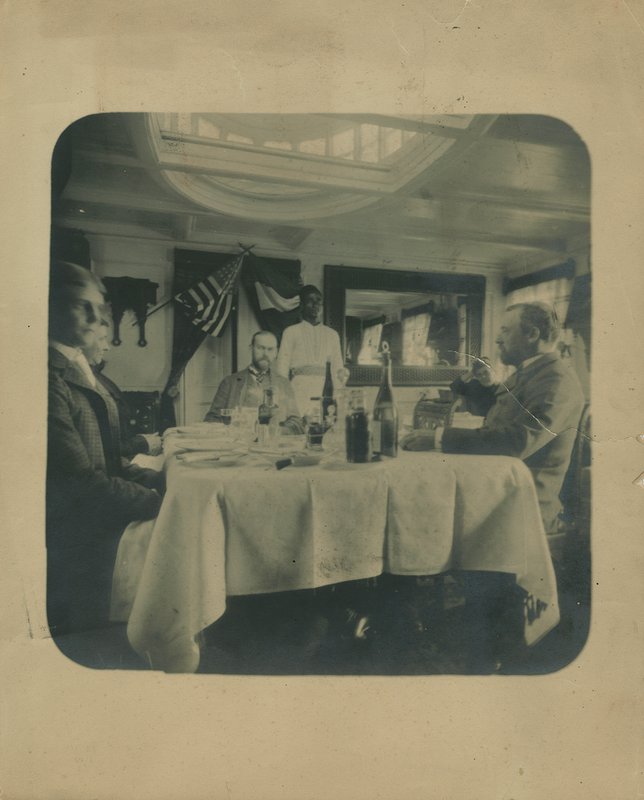 The Salon on the Sesostris

It is here, and in later letters, that we learn that the wicker palanquin was not just a picturesque prop, but was required to transport Emily to and from her hotel, and for distances from the houseboat to various tourist venues up and down the Nile. This detail was totally overlooked when we first encountered the images at the George Eastman Museum, but  upon close reading of the Egypt letters in the collection of the University of Rochester, the settee became a signifier of a deep personal tragedy and opened up potential inquiries into 19th-century women’s health.

In an image of the party assembled around the dahabeeyah’s dining room table, Emily is reclining off to the side in the corner on a day bed. The following letter made it clear that for at least part of the trip, she was treated as an invalid. 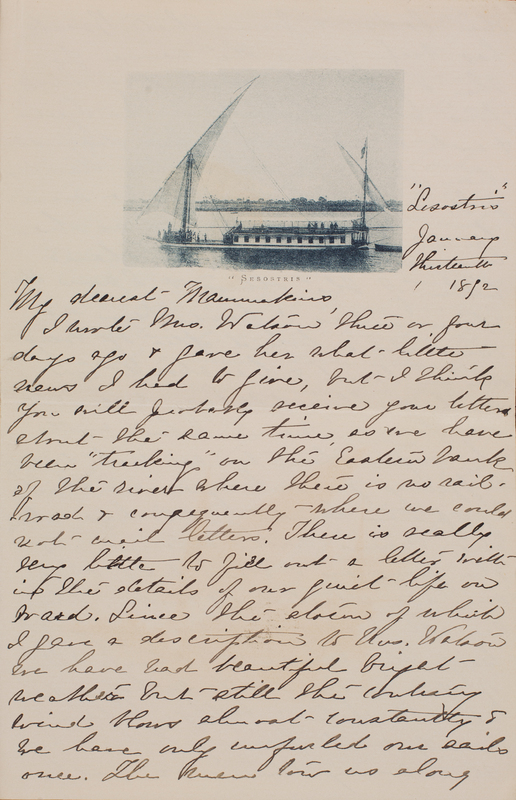 She writes on January 13, 1893, “In the meantime we are having a very pleasant time and I am growing so strong in this fine air and with nothing to do but to breathe it and it has given me such a ravenous appetite that I am quite myself again….The party have already acquired names...I am "The Princess" as I have been so cared for and looked after by everyone on board and lie about in such an Oriental lazy manner.” 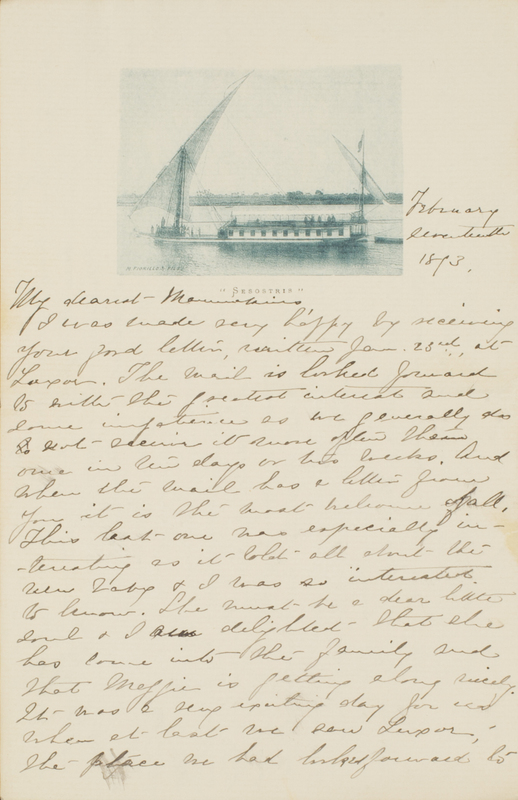 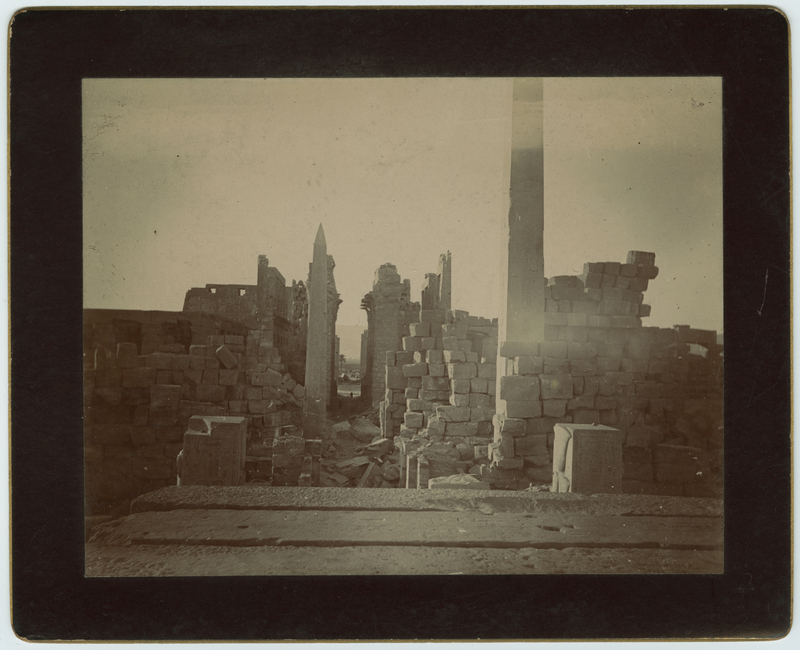 The Temple of Karnak, photo by the Watsons.

By 2/17/1893, when the party is in the Valley of Kings, Emily Sibley Watson still chooses to be carried in "'my palanquin', feeling very like an oriental despot, to the temple. My palanquin—as Zotti calls it—is a sort of wicker chair with a covered back & sides and is carried on wooden staves by four Arabs. It is comfortable & quite easy and I shall probably use it very often instead of riding on a donkey."