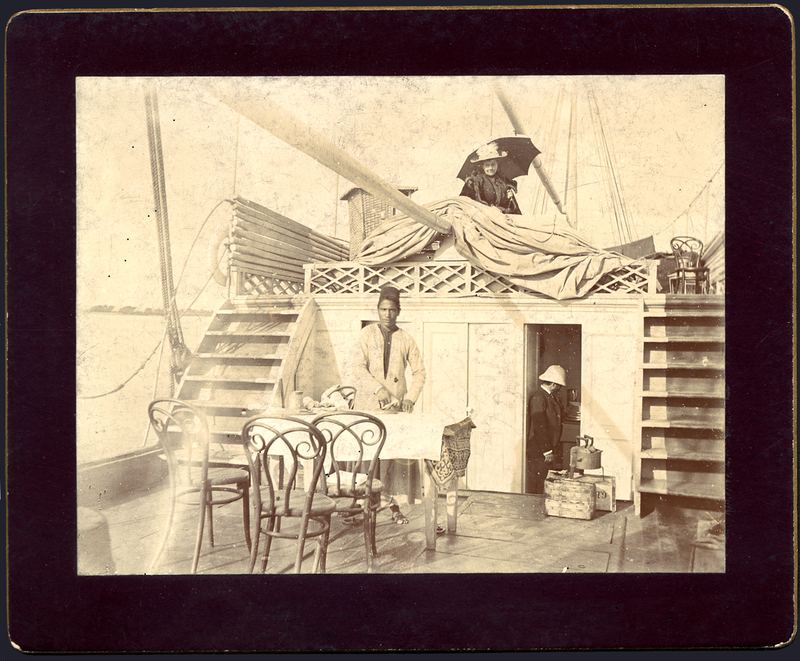 Depicted above is the stern of the dahabeeyah (houseboat) Sesostris on the Nile River. Emily Sibley Watson stands on the upper deck, where the guests spent their time, and she looks down on their guide Zotti in a helmet, and the houseboy wearing a fez who is doing the ironing. The hats alone are wonderful distinctive emblems of class, underlined by their hierarchical positions in the photograph. But an item in the photograph that might be overlooked, the wicker palanquin seen above left, takes on much more significance when read in conjunction with a letter that Emily Sibley Watson wrote to her mother on December 21, 1892, from Alexandria, Egypt. 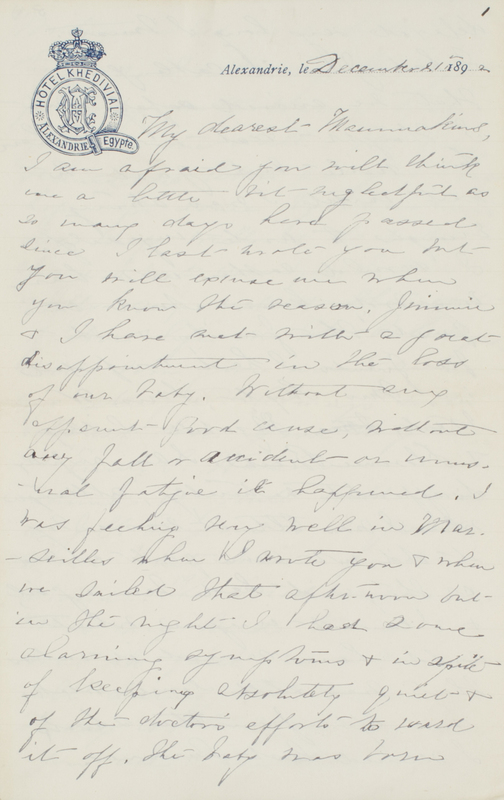 “My dearest Mammakins, I am afraid you will think me a little bit neglectful as so many days have passed since I last wrote you but you will excuse me when you know the reason. Jimmie & I have met with a great disappointment in the loss of our baby. Without any apparent good cause, without any fall or accident or unusual fatigue it happened. I was feeling very well in Marseilles when I wrote you & when we sailed that afternoon but in the night I had some alarming symptoms & in spite of keeping absolutely quiet & of the doctor's efforts to ward it off, the baby was born Wednesday morning. Fortunately all went well, Dr. Youngman's work stood the test nobly, my strength held out well & I seem to be none the worse for it except a little weakness. I was carried from the ship when we arrived on Friday on a wicker lounge on the shoulders of four strong Arabs & was soon comfortably settled in the Hotel here, with a good English doctor in attendance.”