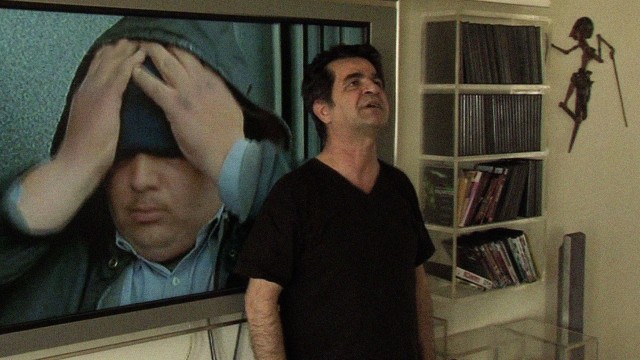 This Is Not a Film (Jafar Panahi, 2010)
Jafar Panahi, stuck in jail for months, has been awaiting a verdict by the appeals court. By depicting a day in his life, Panahi and Mojtaba Mirtahmasb try to portray the deprivations looming in contemporary Iranian cinema.

Silent Light (Carlos Reygadas, 2007, 35mm)
Johan, a Mennonite living in an isolated religious community in the mountains of Chihuahua, is tormented with guilt over an extramarital affair.

The Decay of Fiction (Pat O’Neill, 2002, 35mm)
A semiabstract film noir shot largely in the empty corridors and bare peeling rooms of the Ambassador, a once-grand Los Angeles hotel that went spectacularly to seed after closing in 1989. Instead of concentrating on that public history, the film uses the building to imagine its mythical shadow history and its status as a metaphor for old Hollywood, in all its fabulous glamour and corruption.

Bedwin Hacker (Nadia El Fani, 2001, 35mm)
In this contemporary Tunisian thriller, a female media pirate—holed up in a remote outpost in the mountains of Tunisia—finds a way to take over the TV and radio airwaves in France and North Africa to broadcast political messages.

Spend It All (Les Blank, 1971, 16mm)
From one of the world’s most important and eccentric documentary filmmakers, this film is a rich portrayal of the lives and music of the French-speaking Cajuns of Louisiana, featuring the Balfa Brothers, Marc Savoy, and Nathan Abshire.

Filmmaking and the Way to the Village (Fukuda Katsuhiko, 1973, 16mm)
An unreleased film by the late Fukuda Katsuhiko about Ogawa Productions, an important film making collective. As a document of the group’s unique process, this film raises fascinating questions about authorship in documentary cinema, and the elaborate tensions between direction and collaboration.

12 Angry Lebanese: The Documentary (Zeina Daccache, 2009)
The film follows an all-male group of adult inmates residing in Roumieh Prison who experienced the pioneer practice of Drama Therapy/Theatre in 2008-2009 led by a female Drama Therapist Zeina Daccache.

Together (Lucas Moodysson, 2000, 35mm)
In 1970s Sweden, Elisabeth, fed up with her domestic life, picks up and goes to live with her brother Göran, who lives in a leftist commune known as Together.