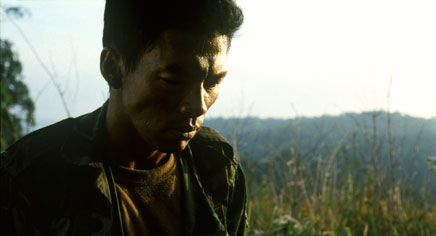 The uniting theme that runs through the films is their attention to landscape: its beauty, its brutality, and the way it can both serve as a point of sustenance as well as a site of contention and violence.

Free and open to the public. All films shown in 35mm. Refreshments and dinner will be provided.