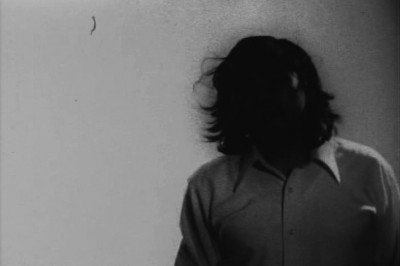 Tabu (Miguel Gomez, 2012, 118 min., 35mm)
Aurora, an elderly Portugese woman and her Cap Verdean housekeeper live next door to Pilar, who has made it her aim in life to do good. Not that she receives any gratitude for her efforts – and certainly not from the notoriously mistrustful Aurora, who prefers to spend her remaining years losing her meagre savings at Estoril casino. When the old lady dies, Pilar discovers among her belongings a letter addressed to an old lover. Pilar decides to post the letter, thus ushering in a flashback to the second part of the film – and adventurous amour fou set in colonial Africa. –Berlinale

Class Relations (Jean-Marie Straub and Daniele Huillet, 1984, 126 min., 35mm)
A singular adaptation of Franz Kafka’s unfinished novel, Amerika (1927) by the French avant-garde filmmaker duo, Class Relations tells a story that follows the tradition of the absurdist theater. This is a study of re-enactment: the protagonist Karl must adapt to the bizarre environment of the new world and enact his new role as a laborer; enact a good nephew to an uncle he never knew existed; and acknowledging the fact that Kafka never travelled to America in writing the novel, Straub and Huillet re-enact “Amerika” in a tightly controlled environment that they recreated in Germany.

The Life of Juanita Castro (Andy Warhol, 1965, 75 min., 16mm)
“The creative force behind Juanita Castro is not so much Warhol, actually, as Ronnie Tavel, who wrote the script, and acted the key role of the stage manager, and very good he is in both capacities… Tavel reads off lines to be repeated in turn, by Fidel Castro, Raoul Castro, Juanita Castro and Che Guevara. Fidel, Raoul, and Che are played by relatively pretty, Latin-looking girls, Juanita Castro by Marie Menken, an independent film-maker, who in this context, comes over like a lady longshoreman… The whole thing is outrageous… making a comment on a revolution that has long since been consigned to camp. The whole show was given away when word got out that Fidel Castro wanted to be played on the screen by Marlon Brando and Raoul by Frank Sinatra. From that point on, Cuba became the property of Andy Warhol and Ronnie Tavel, and they have made the only valid statement I have seen on the subject in the past several years.” -Andrew Sarris, 1965

Rear Window (Ernie Gehr, 1991, 10 min., 16mm)
A view from a Brooklyn apartment sublimates Hitchcock’s voyeurism into a frenzied engagement with the visible. The film varies exposure or racks focus so that the flickering, spatially ambiguous patterns that press the limits of the frame momentarily dissolve themselves as tree branches or a fire escape or a shadow caught on the screen of someone’s laundry rippling in the breeze. I cupped one of my hands in front of the camera lens and attempted to make tactile to myself light, color and image, Gehr explains in his notes, linking the film to his father’s death and calling it a ‘hopeless attempt’ to render the ephemeral tangible.” —J. Hoberman, The Village Voice

Shinjuku Station (Jonouchi Motoharu, 1974, 15 min., 16mm)
Many have seen an image of Shinjuku station, a busy hub for teenagers, tourists, and business folks. During the 1960s, Shinjuku became a privileged site of “happenings” that enabled the director Oshima Nagisa to visit an outdoor “situation theater” of Kara Juro, only to find a police barricade, and come home with footage of the ad-hoc “protesters” throwing bricks into the police station. Made in 1974, after the political fever appeared to have waned, Jonouchi’s Shinjuku Station is either a eulogy to lost political potential or a shamanic conjuration that seeks to bring on new radical possibilities. Jonouchi was a charismatic leader of the student film movement at Nihon University in the 1950s whose influence can be observed on the media artist Matsumoto Toshio (whose experimental film on Shinjuku in turn inspired Kubrick’s Clockwork Orange), Oshima Nagisa, and Jissoji Akio.

Ah, Liberty! (Ben Rivers, 2008, 20 min., 16mm)
The films of Ben Rivers (b. 1972) explore a world at the far fringe of civilization – a place of ragged, strange beauty where inventors, seers and eccentric philosophers live in zealous communion with nature. Rivers’ best known works remain his series of lyrical portrait films that intimately engage and observe lives detached from the metronomic rhythm of the working week world – the Darwinian theorist hermit in The Origin of the Species (2008), the untamed youth in Ah, Liberty! (2008), the anonymous pilgrims in The Coming Race (2005). Pointing back to the tradition of poetic ethnography that flourished in Great Britain in the 1930s and 1940s, Rivers’ films are imbued with a vivid sense of place that captures the mysterious aura of the nether regions, principally in the British Isles, that inspire his work. At the same time Rivers is also – and perhaps above all – an experimental filmmaker, an artist working within a mode of rigorously hand-crafted cinema and inventively using almost obsolete hand-processing techniques and technologies such as 16mm cinemascope. – The Harvard Film Archive