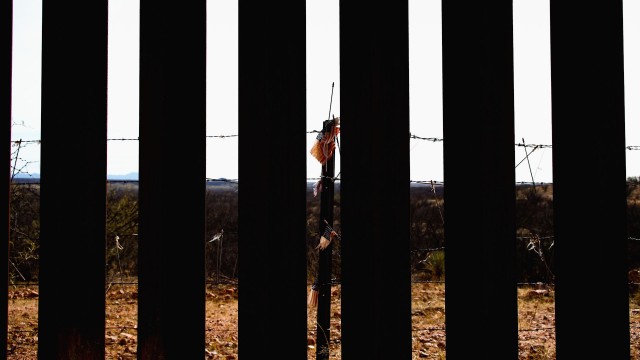 45 7 Broadway (Tomonari Nishikawa, 2013, 5 min., 16mm)
This is about Times Square, the noises and movements at this most well-known intersection. The film was shot on black and white films through color filters, red, green, and blue, then shots were optically printed onto color films through these filters. The layered images of shots by handheld camera would agitate the scenes, and the advertisements on the digital billboards try to pull ahead of others. –T.N.

Volcano Saga (Joan Jonas, 1989, 28 min., video)
Based on the thirteenth-century Icelandic Laxdeala Saga, this narrative reverie is a televisual retelling of a medieval myth about a young woman (played by Tilda Swinton) whose dreams foretell the future. Shot in the dramatic natural landscapes of Iceland and in New York, this performance-based work uses ancient dream analysis as a starting point for a densely textured tale, in which the young woman’s interpreter (played by Ron Vawter) hears her dreams and sees their meaning. Jonas employs multilayered digital effects to create a ritualistic dreamscape of the young woman’s imagination and desires. The ghostly overlays, otherworldly images and mythical text imbue Volcano Saga with a haunting beauty. –Electronic Arts Intermix

Capitalism Child Labor (Ken Jacobs, 2006, 14 min., video)
In Capitalism: Child Labor Jacobs digitally animates a Victorian stereoscopic photograph of a 19th-century factory floor, crowded with machinery and child workers. Jacobs isolates the faces of individuals and details of the image, as if searching out the human and the particular within this mechanized field of mass production. Space appears to fold in on itself as Jacobs activates the stereograph; the agitated image flickers and stutters, but the motion never, in fact, progresses. –Electronic Arts Intermix

Her + Him VAN LEO (Akram Zaatari, 2001, 32 min., video)
An old photograph of a naked grandmother is a pretext to interview Armenian Egyptian photographer Van Leo, exploring video and photography to comment on the social, political and urban transformations that took place in Egypt in the last fifty years. –Exquise.org

Lot in Sodom (James Sibley Watson and Melville Webber, 1933, 28 min., 16mm)
Based on the Biblical story of Sodom and Gomorrah, Lot in Sodom is a classic in American Avant-Garde film produced in Rochester by the philanthropist James Sibley Watson, with the musical accompaniment of Eastman School of Music, and using the optical printer at Kodak Park.

Waves of Betrayal (Jae Matthews, 2007, 5 min., 16 mm B&W reversal transferred to video)
Waves of Betrayal is a home processed short where the ocean documented in the film was also used as the mixing material for the developer, stop, and fix baths. The result is a tangible showcase of the saline water, with the chemicals interacting in unexpected visual ways over and with the photographic image. The salt leaves a milky residue throughout and the ocean sediments scratch and manipulate the surface of the processed film. Moments of the film appear solarized as the salt water infused fixer did not fully desensitize the image, causing flashes and vignettes. Edited in camera, and then carefully transferred, the existing 16mm film is no longer viewable as the emulsion could not withstand the damage of the home processes and now lives in pieces. –Jae Matthews

O’er the Land (Deborah Stratman, 2009,  52 min., 16mm)
A meditation on the milieu of elevated threat addressing national identity, gun culture, wilderness, consumption, patriotism and the possibility of personal transcendence. Of particular interest are the ways Americans have come to understand freedom and the increasingly technological reiterations of manifest destiny. While channeling our national psyche, the film is interrupted by the story of Col. William Rankin who in 1959, was forced to eject from his F8U fighter jet at 48,000 feet without a pressure suit, only to get trapped for 45 minutes in the up and down drafts of a massive thunderstorm. Remarkably, he survived. Rankin’s story represents a non-material, metaphysical kind of freedom. He was vomited up by his own jet, that American icon of progress and strength, but violent purging does not necessarily lead to reassessment or redirection.

This film is concerned with the sudden, simple, thorough ways that events can separate us from the system of things, and place us in a kind of limbo.  Like when we fall. Or cross a border. Or get shot. Or saved. The film forces together culturally acceptable icons of heroic national tradition with the suggestion of unacceptable historical consequences, so that seemingly benign locations become zones of moral angst. –Pythagoras Film

Tectonics (Peter Bo Rappmund, 2012, 60 min., video)
A survey of the physical qualities and metaphysical quandaries of the United States-Mexico border. Follows the boundary and its immediate surrounding topography incrementally from the Gulf of Mexico to the Pacific Ocean.

13 Lakes (James Benning, 2004, 135 min., 16mm)
Benning’s deceptively simple titles for 13 Lakes and its companion piece, Ten Skies, belie the richly nuanced worlds of light, shadow, stillness, and change in each films’ 10-minute long shots. Structurally and conceptually minimalist, 13 Lakes presents as many bodies of water from across the United States–each chosen for its unique historical, ecological and geographical characteristics, and each framed to divide the image evenly between water and sky. The precision and rigor of the film’s form intensifies the experience of duration, with Benning’s long takes embracing both his subject (to which he is acutely attentive) and his audience (to whom he generously offers the time for audio-visual immersion), inviting us to share in his sober contemplation of the ever-subtly shifting mystery of the natural world. –Harvard Film Archive

A special exhibition of Peter Bo Rappmund’s Psychohydrography (2010) will be held in Rettner Hall, on a 9-piece video panel, April 8-11