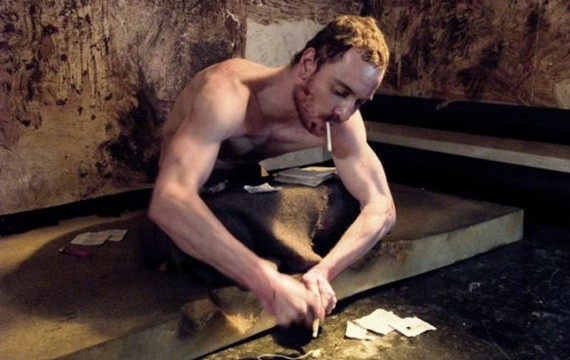 Walls on Film: 20 Years After the Berlin Wall

We would like to use this opportunity to reflect on the various ways in which film has dealt with the issue of the wall. As such, we will screen films that not only represent walls, but address the spectator’s relation to the wall, or challenge our conventional understanding what constitutes a wall or boundary.

Free and open to the public. All films shown in 35mm.

Wings of Desire (Wim Wenders, 1987)
Two angels roam Berlin, listening in on the thoughts and witnessing the lives of ordinary people. While Wenders’ 1987 classic is most certainly an echo from a time when the world was deeply concerned with the possibility of its own total annihilation, Wings of Desire by no means feels dated. Not only is it still as hypnotic and visually stunning as ever, but the central philosophical inquiry of the film seems to be as meaningful today as it was when came out: how do we bear witness to a present that has been hijacked by a brutal and violent history?

Mur (“Wall,” Simone Bitton, 2004)
At its surface, Mur is a documentary about the “security fence” along West Bank. But through the use of highly idiosyncratic formal and narrative devices, Bitton’s testament to the “security fence” is anything but mere documentation. The filmmaker seems interested in the physicality of the wall as much as she is in the people who live around it. Mur powerfully demonstrates the ambivalence of the wall by showing Palestinians who are employed to construct it around their own villages. The inclusion of this film is not intended to show the Israeli “security fence” as a historical counterpoint to the Berlin wall, but to analyze the film’s ability to represent the material conditions of the wall. Mur is not only about a very real wall that marks a kind of absolute division, but how the very absoluteness of the structure can be used against itself in order to define new ways of being in and thinking about the world.

Hunger (Steve McQueen, 2008)
Via IFC: Hunger follows life in the Maze Prison, Northern Ireland, with an interpretation of the highly emotive events surrounding the 1981 IRA Hunger Strike led by Bobby Sands. With an epic eye for detail, the film provides a timely exploration of what happens when body and mind are pushed to the uttermost limit.